There was a time when I wanted Google’s voice search feature on my phone which lacked native support for it 4 years ago. But now what we are witnessing is the availability of virtual assistant on devices like speakers, phones, vehicles, TVs and I think we are going to get it on many devices.

I guess Google Assistant is the best Virtual Assistant in phones right now. It is mostly so because unlike Apple, Google has opened its assistant to any device possible. But Apple just makes Siri available on the devices that Apple manufactures. And unlike other players like Amazon and Samsung, Google has potential with a high amount of user data to work with (Is that worrying?).

As you can see from the recent blog post from Google, the Google Assistant will now be available in more than 30 languages including languages like Danish, Hindi, Indonesian, Thai, etc. It is also going to be multilingual starting from English, French, and German which will expand over time. Google Assistant has appeared with hot work of “Ok Google” and now “Hey Google” is available making the conversation more natural.

The Google Assistant is also helpful for controlling lights, set reminders, play music, etc. Location-specific reminders are also a good thing about the Google Assistant. But where the Google Assistant stands out is that it does everything just a little bit better than others. The Virtual Assistant race has to go very far as it has just started to be useful now and there is a long way to go. But seeing how far it has come it is very interesting to see, what comes next? 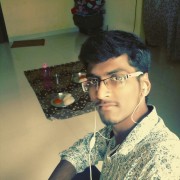 Hacked Facebook logins for sale on the Dark Web for $3

What is Artificial Intelligence? Explained by