Nokia 8 Starts Receiving Stable Android 9.0 Pie Update, Rollout to Be in Phases. Nokia since its comeback has been releasing all of its devices under the Android One segment which promises users of timely updates to be it regular monthly security patches or Major Android Version upgrades.

But, the opposite seemed to have happened in the case of Nokia 8 and Nokia 8 Sirocco. Nokia had promised for releasing the Android 9.0 Pie update for both the devices in November but it certainly failed to do so as the updates have started rolling out now after a month in December.

Nokia officials stated that there were some unforeseen issues that caused the delay for the update and they have been rectified now finally. The company rolled out the Android 9.0 Pie beta update to the Nokia 8 via its Nokia Beta Labs programme. It came with the standard Pie-based features, such as Adaptive Battery and Adaptive Brightness, a new navigation system, as well as the December 2018 Android security patch.

Nokia 8 was launched globally way back in August 2017 with Oreo 8.1 at that point in time. Nokia in most of the cases has been one of the quickest in terms of providing software updates. The recent launches by Nokia under the banner of HMD Global has been rocking in the market for quite some time.

Nokia is under work for its upcoming launches as well. Especially when 5G is just around the corner with most of the manufacturers already planning to roll out their 5G enabled devices next year, it will certainly be a tough call for the Company to stand against the competition. 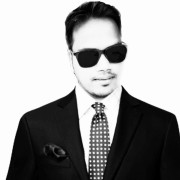 What’s the difference between Google Chrome vs Chromium browser?